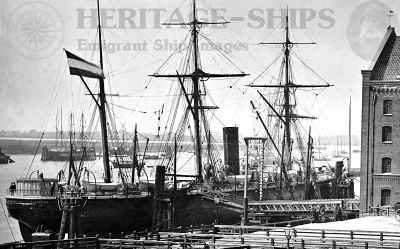 To the left is a photograph of the SS Germania, the ship Peter Nicholas Holst (my great-great grandfather) sailed on in May 1869 to the USA from Hamburg, Germany.

In the past year or so, I discovered a website listing persons who emigrated from Schleswig-Holstein during the 19th century.  This is a labor of love by a Klaus Struve who lives in Kiel, Germany.

The gist of these abstracted records, from a variety of sources, including Landesarchiv Schleswig, is that Peter Nicholas Holst was the son of Peter (which matches family oral history) and he had two younger brothers, Georg and Johannes (which matches the 1860 Denmark census).  Peter arrived in the U.S. in 1869 on the SS Germania – Hamburg and New York passenger lists confirm this.  Peter was a shoemaker, but also worked as a butcher in his early years in the U.S. in New York

According to the emigration abstracts, Georg (also noted as the son of Peter) stated [1] he would be joining his brother Peter Nicholas; he arrived in New York City in May 1872 [2] on the SS Vandalia.  I have found a possible source for a naturalization record (dated 1894) for Georg – otherwise, exactly nothing.  I do not know what happened to him.  He is not mentioned in Peter’s biography published in An Illustrated History of Sonoma County (pub. 1889).

The youngest son of Peter, named Johannes, received permission to emigrate in 1872 [3].  But he did not sail to the U.S. until May 1873 [4] on the SS Holsatia, where he was going to meet up with his brothers Peter Nicholas and Georg.  As with Georg, I have no idea what happened next for Johannes. 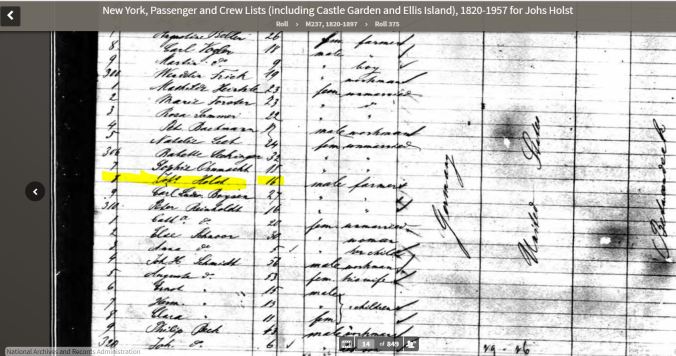 All that said, these abstracts have been fascinating and point to the possibility of other sources within the Schleswig-Holstein archives.  In addition, I may be able to find Johannes and Georg Holst in U.S. newspaper records, New York marriage records, or the 1880 U.S. Federal Census.  They don’t appear to have gone out to Sonoma County with Peter and Caroline, but did Peter and Caroline go out west simply because her brothers were already out there?  Did Peter’s brothers remain in New York / Connecticut?  Could more of Peter’s family (specifically, maternal cousins) have come to the U.S. as well?

More to research, now that I know Peter had brothers and that they actually did arrive in America…

One thought on “E is for Emigration (from Schleswig-Holstein)” 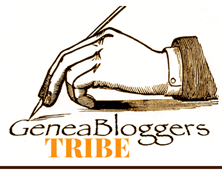