One of the Walter Bernard’s in my family was the fourth child of William and Mary (Lamburth) Dempsey, their third son, and an older brother of my grandfather.  Walter is enumerated with his family at 485 Potrero Avenue, San Francisco, in the 1910 Federal census (shown below).[1]

A few short years after the census, he was dead.  The family story was that he attended a New Year’s Day parade, some of the confetti/ticker tape got up in his nose, and he died a few days later.   His death certificate states he died of meningitis on 5 January 1918, his illness having lasted 4 days.[2] Possibly the family story, then, is true.  He seems to have gotten sick around New Year’s Day.

Here is the only photo we have of him, reportedly taken around 1915.  He definitely resembles my grandfather. 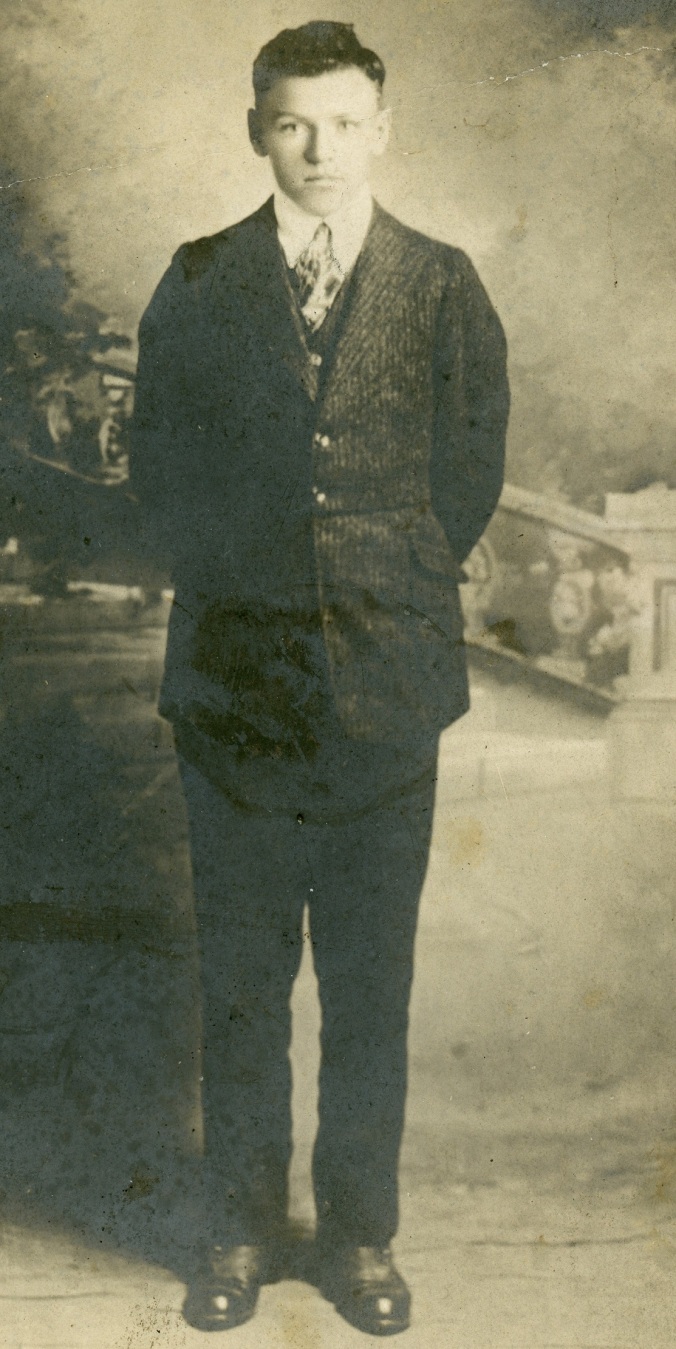 If Walter was born in October 1902, Mary could not have been born 2 months later.  Either Walter’s birth date and age at death is incorrect (meaning he possibly was born October 1901, and thus was 16 when he died), or Mary’s delayed birth certificate application was incorrect, meaning she was born in December 1903 rather than December 1902.  The next child along was my grandfather, born in December 1904, which leaves plenty of time for a full-term pregnancy to occur after a possible 1903 birth for Mary Loretta.

Given that both Walter, Mary Loretta and my grandfather Cassius were all born late in the year, the 1910 census information (with Walter being 8 years, Mary being 7 years, and Cassius being 5) seems to indicate that Walter was born in 1901, Mary in 1902, and my grandfather (correctly) in 1904.

In sum, one of the records (Walter’s death certificate or Mary’s delayed birth certificate) is incorrect.  It’s a tossup as to which is correct, and in some ways it doesn’t really matter so many years later.